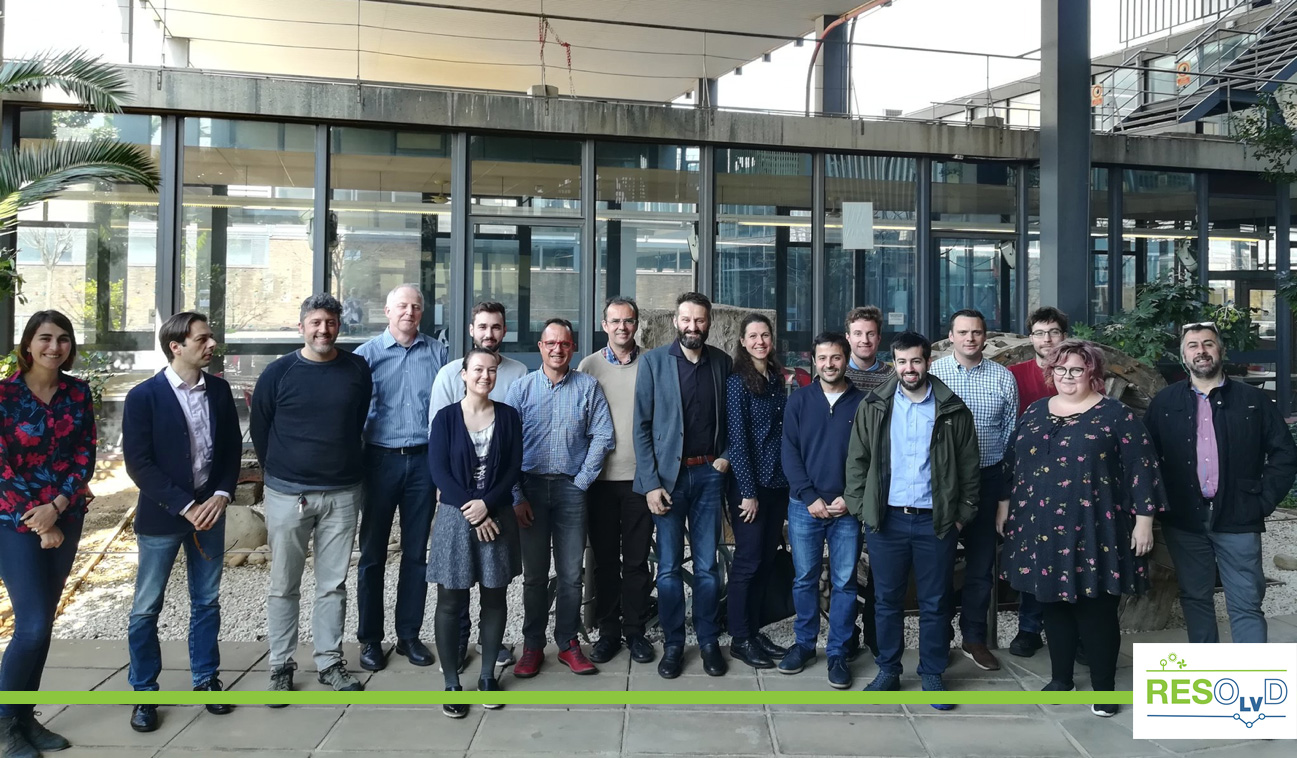 The 4th Global Meeting of the RESOLVD Project has been held in Barcelona on Feburary 27th and 28th 2019. This event has been organized by CITCEA research group of the UPC. The meeting has been hosted by the UPC at their premises at the ETSEIB School at the Diagonal in Barcelona.

During these two intense days, the advances of the WPs has been discussed and further steps of execution of the project have been proposed.

In particular, we want to mention the advances made in the development of the prototype of the power electronics, which is a task developed at the UPC. In this WP, the prototype development is advanced and different components of the converter has been shown to the consortia. The demonstration of the different hardware elements in the laboratory has been successful.

Reaching the midterm of the project execution, the project runs adequately according to the initial planning and a nice cooperation has been stablished among partners.

The following Global meeting will take place in Halden, Norway (Smart Innovation Norway premises) to be scheduled in September 2019.